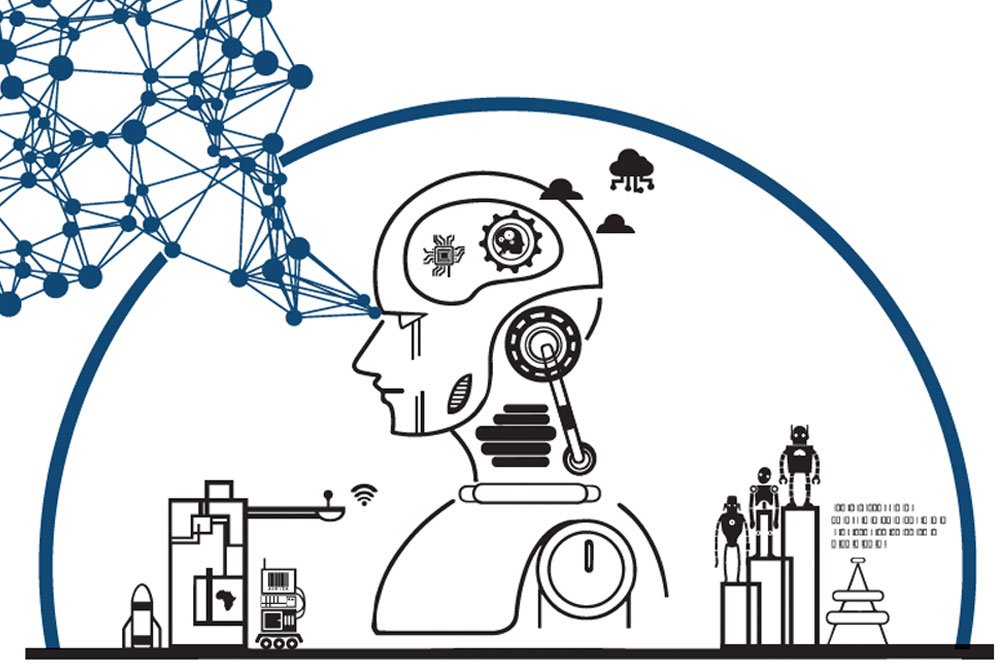 Even with the considerable challenges the continent faces, the Fourth Industrial Revolution is Africa’s to lose.

Over the past 300 years, industrial revolutions have driven the advancement of humankind in previously unimaginable ways. The advent of the steam engine drove mechanisation and urbanisation, and the age of science and mass production brought with it gasoline and combustion engines. While the gap between these first two revolutions bordered on 200 years, the transition from the second to the third industrial revolution took only 50 years.

Historically, as repetitive, task-based jobs were made cheaper, easier and safer to perform, with the advent of new technology, productivity increased and profits were maximised. However, these increased efficiencies and improved cost management methods often led to a decline in jobs. In addition to this, unequal development heightened and increased regional divides and marginalised the most vulnerable societies.

It is understandable then that the African continent is so preoccupied with the 4IR. Unlike its predecessors, the 4IR is all-inclusive and comprehensive. The technology typical of this era is merging the physical, digital and biological worlds and impacting all disciplines, economies and industries. This technological revolution will therefore change the patterns of production, consumption and employment. As a result, it has the potential to pose major threats to players who don’t keep abreast of developments. This is already clear from the jobs that have undergone rapid growth and increases in skills requirements, as well as those that have been threatened by redundancies.

According to ‘Is the Fourth Industrial Revolution  Relevant to sub-Sahara Africa?’ – a study focusing on the prospects and constraints of the 4IR to economies  in sub-Saharan Africa – the 4IR is expected to trigger a  “double-breasting dilemma” in the region. This dilemma is a result of the influence of the 4IR on skills development and job dislocation, combined with the existing massunemployment and lack of skilled workforce. Together, these factors could deepen unemployment in the region.

Raymond de Villiers, a speaker and consultant who assists companies with adapting to the types of changes brought about by the 4IR, says that when it comes to the 4IR, “Job creation and the workforce is a massive issue for South Africa because we can’t just drop technology in with no sense of what the implications are for people affected by it.” Minister of Communications Stella Ndabeni-Abrahams acknowledges that this wave of industrialisation poses the threat of redundancy for many, especially those in Africa. “Existing jobs are expected to go through step-changes in the skill sets required to perform them. The 4IR provides us with a new and unique opportunity to address youth unemployment by adapting our education methods to catalyse innovation and upskill the next generation for digital transformation,” she says.

Taking into account that of the 1.2 billion people in Africa more than 60% are under the age of 25, as well as the fact that those who are usually best positioned to adapt to the changes brought about by an industrial revolution grew up when that way of functioning became the norm, the continent holds huge economic potential as an investment destination. It is also highly likely that Africa may be able to adapt and fill those jobs created by the 4IR.

According to Ndabeni-Abrahams, “Knowledge and ICT skills will become critical to Africa unlocking future opportunities. Upskilling is essential to ensure survival and social consent; a critical responsibility falls on the state and business for continuous, targeted training and re-training initiatives. Government and business should work to assist workers and communities with the changes required to be part of the 4IR.”

Africa must therefore become more driven by services, less dependent on natural commodities and more dependent on those of the 4IR, namely information, data and technology. The continent’s citizens must foster digital skills to transition from low-skill, low-pay jobs to high-skill, high-pay employment. According  to the World Economic Forum, digital skills must be developed, the growth of the digital economy must  be enhanced through digital disruption of all economic sectors, and public-private partnerships must be leveraged to ensure Africa can maintain its ‘Africa rising’ narrative. It will be no small feat to accomplish.

Despite these challenges, the 4IR still presents endless opportunities for economic restructuring in sub-Saharan Africa. The technology of the revolution can potentially scale up production, increase employment and create new markets and products. As a result, the 4IR has the potential to position countries in the region to pursue the failed industrial agenda and boost economic growth. However, the growth of general purpose technology – a hallmark of the 4IR – that will support such advancements will require modifications of existing institutional and physical infrastructure, as well as organisational and social transformation.

Such change requires an enabling regulatory environment, where the right mix of institutional arrangements and developmental policy exist. Institutional and regulatory frameworks flowing  from these policies can influence the actions of key stakeholders, which could signal readiness for the 4IR. An effective policy framework should aid in building institutional, economic and regulatory confidence, all essential attributes of an investment destination.

In South Africa, the former Department of Trade and Industry has introduced the Industrial Policy Action  Plan, which is aimed at supporting industrialisation and optimisation of the 4IR. By implementing plans such as these, which bring 4IR technology and combine it with low production costs, emerging economies are often able to leapfrog in the value chain and solve societal issues, including creating jobs. According to De Villiers, South Africa is well-positioned to do this because of our relatively mature infrastructure and young population. Ndabeni-Abrahams confirms this, saying, “Africa has shown digital leapfrogging capabilities in the past through successful digital transformation – the area where we are seeing growth occur in Africa.”

With this in mind, governments on the continent must focus  on providing a strong institutional architecture that supports technological transfers and programmes that encourage innovation, including tax incentives that boost acquisition  and innovation in production capabilities.

Even with the threats it poses to jobs in sub-Saharan Africa, the 4IR can position countries in the region to pursue the failed industrial agenda by exporting digital services and supporting intra-regional trade. It also brings with it the potential for community, service and infrastructure transformation which will generate long-term benefits. If the correct policies are put in place and the appropriate regulatory environment is created, Africa could find itself at the centre of the 4IR.

THE FUTURE IS AFRICAN
Various formal policy initiatives have been developed in an effort to improve the region’s ability to benefit from
the 4IR:

Shaping the future of education, gender and work
Ensuring that talent is developed and deployed to support economic and social growth and development.

Internet for all
Focusing on providing digital skills, connectivity and the roll-out of infrastructure to create millions of new Internet users.