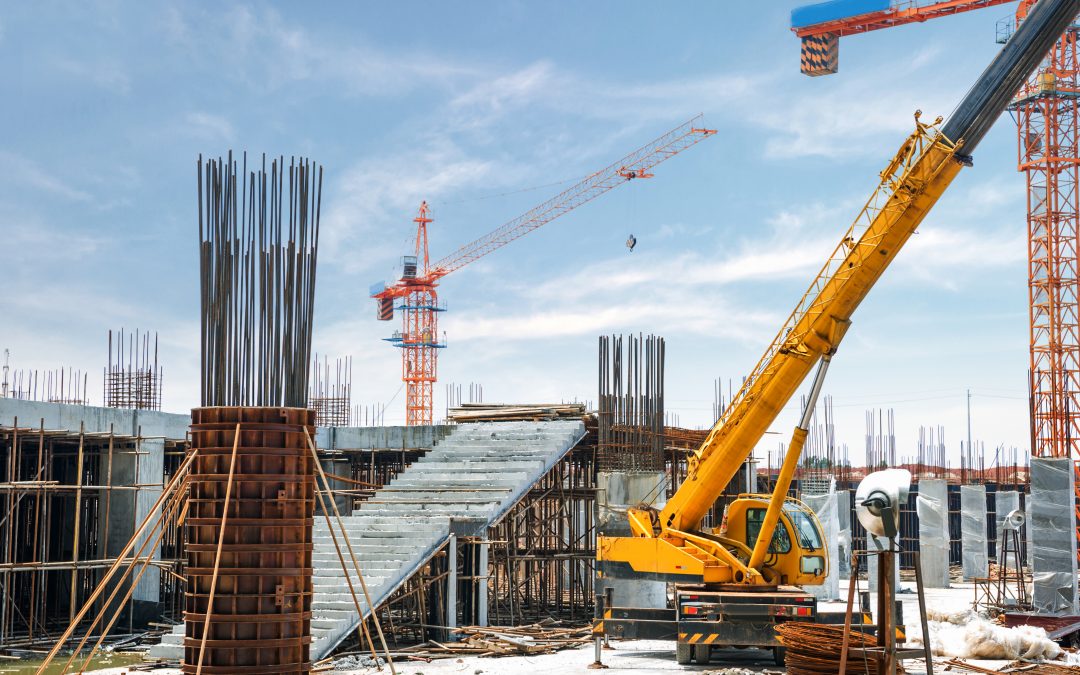 Africa’s construction sector is booming, investment is pouring in and economies are growing. Now the continent has to match the progress with mega infrastructure projects.

West African and mining companies in the region are investing in a massive rail project. When completed, it will be 3 000 km long and link Benin, Burkina Faso, Niger, Ivory Coast, Ghana, Nigeria and Togo. Mineral exports are a major economic driver of West Africa, with it predicted to steadily rise from 109 000 tonnes a year to 3.4 million tonnes a year by 2030. This dizzying development needs infrastructure to match, with reliable transport. This can then shift commodities from sites to major ports.

The Grand Renaissance Dam – probably the biggest hydropower project in Africa – is under construction on the Blue Nile River in Ethiopia. It has an estimated production of 15 700 GWh (Gigawatt hours) per year and is located approximately 500 km north west of the capital Addis Ababa. It will be the largest dam in Africa with dimensions: 1 800 m in length, 175 m in height with a total volume of 10 million m³.

Stretching almost 3 000 km and connecting three East African states, the Kenya Railways Corporation is developing a new railway line for passengers and cargo transportation. It will run between Mombasa, the largest port in East Africa, and Nairobi, the capital city of Kenya. Construction of the 609 km-long lines began in October 2013.

The Mombasa-Nairobi standard gauge railway (SGR) will shorten the passenger travel time from Mombasa to Nairobi from more than ten hours to four hours, with freight trains completing the journey in under eight hours. The Mombasa-Nairobi phase of the project is estimated to cost US$3.8-billion. China Exim Bank will provide 90% of the financing, while the Kenyan government will contribute the remaining 10%.

Konza Techno City will be built over 5 000 acres of land, 64 km south of Nairobi, and intends to position Kenya as East Africa’s ICT hub. As part of Kenya’s Vision 2030 development programme, Konza Techno City is a business process outsourcing (BPO) project and is dubbed “Where Africa’s silicon savannah begins”. Konzo Techno City is set to host a science park, a convention centre, shopping malls, hotels, international schools, and a health facility project. The project is estimated to cost US$14.5-billion.

South Africa’s Modderfontein New City Project is being built on the outskirts of the country’s capital, Johannesburg. It’s worth US$6.4-billion (R87-billion) – one of the biggest real estate projects undertaken by a Chinese firm in the country. Modderfontein New City will be home to at least 100 000 residents upon completion. The city will have offices, a light industrial park, finance and trade facilities, an industrial zone, schools, entertainment centres, sports and recreation facilities, and an African heritage theme park. Estimated date of completion: 2032.