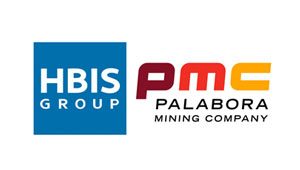 Palabora Copper (Pty) Limited, a subsidiary of Palabora Mining Company Ltd,is a copper mine that also operates a smelter and refinery complex based in the town of Phalaborwa, in South Africa’s Limpopo Province. The mine owes its origins to a unique rock formation in the region known as the Palabora Igneous Complex.

Palabora has been operational since its incorporation in 1956 and is the country’s major producer of refined copper, producing approximately 45 000 tonnages of copper per annum. Palabora Copper is South Africa’s sole producer of refined copper, which it supplies mainly to the local market and export the balance. Whilst copper forms the base-load of its business, Palabora also mines and exports other by-products such as Magnetite, Vermiculite Sulphuric acid, anode slimes and nickel sulphate.

More than a mine

The company was owned and managed by Rio Tinto. Rio Tinto owned 57.7% and Anglo American had 16.8% of the shares. On 5 September 2012, the two companies announced their intention to sell their respective interests in Palabora. On 11 December 2012, Rio Tinto announced that it has reached a binding sales agreement with a consortium which is committed to the on-going sustainable management of Palabora. The sale agreement was concluded in July 2013, and the company’s name changed from Palabora Mining Company to Palabora Copper (Pty) Limited and the new shareholders are PMC holding 74% and Empowerment Partners holding 26%