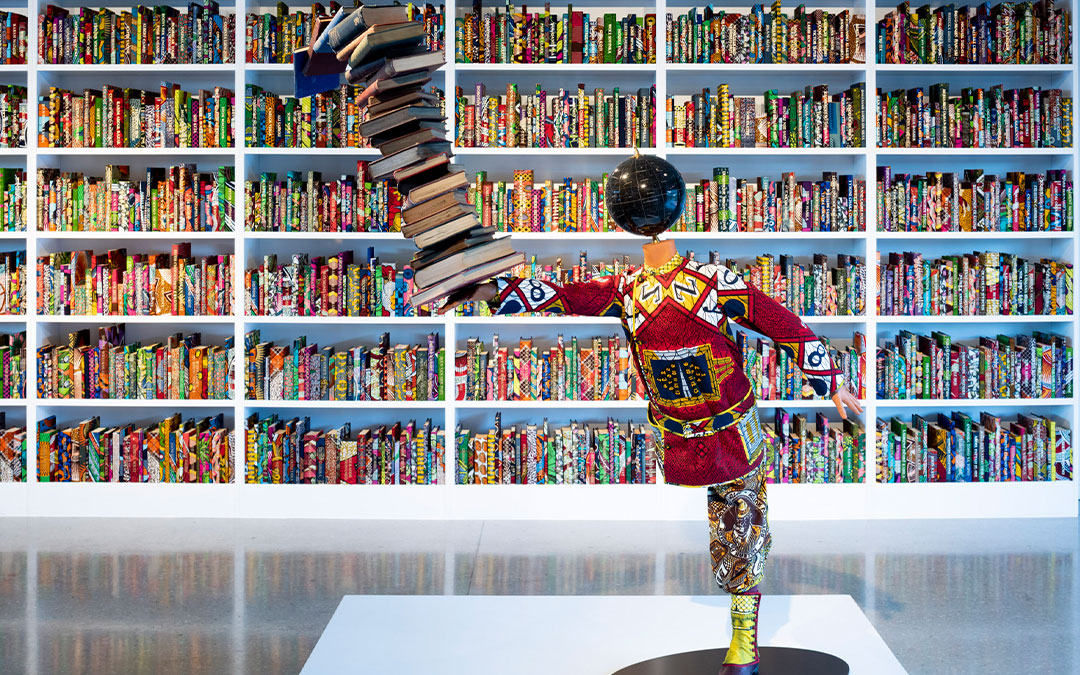 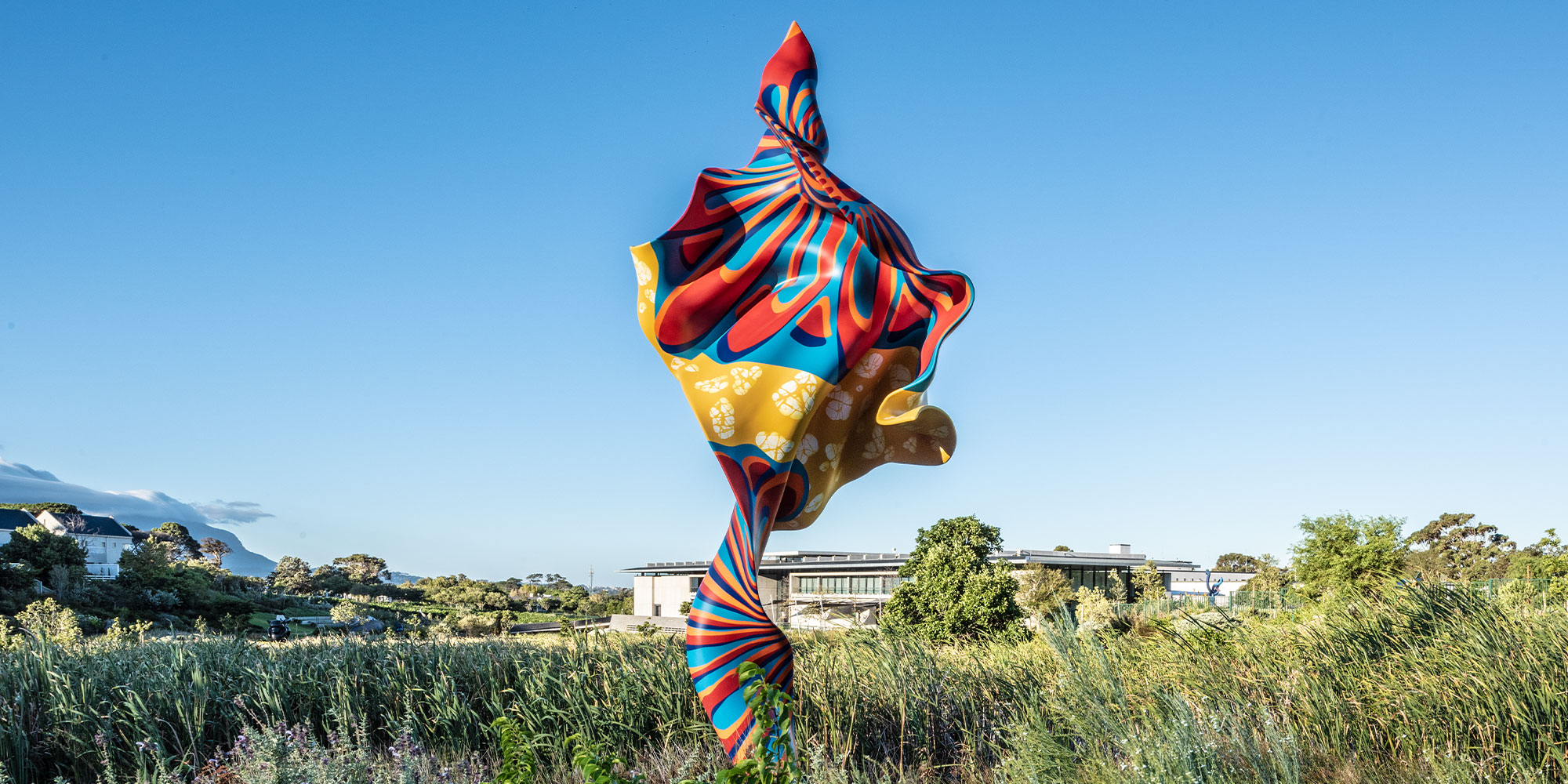 This exhibition brings together a series of Yinka Shonibare’s most important work including sculptures, photographs and a major installation, created between 2008 and 2018, all connected by the golden thread of Dutch Wax fabric. Trade Winds: Yinka Shonibare CBE takes as its starting point an appreciation for the fabric’s materiality and the conceptual as well as historical meanings associated with it.

Another highlight of this exhibition is Shonibare’s African Library (2018), the most recent iteration of his library series honouring first or second generation immigrants who have shaped a country’s social, political or cultural life. Approximately 4 900 books, covered in Dutch Wax fabric, are emblazoned with the names of immigrants in gold on the spines of key books. African Library includes a reading area where biographical details of these notable Africans can be accessed along with archival footage of leaders of African independence movements. 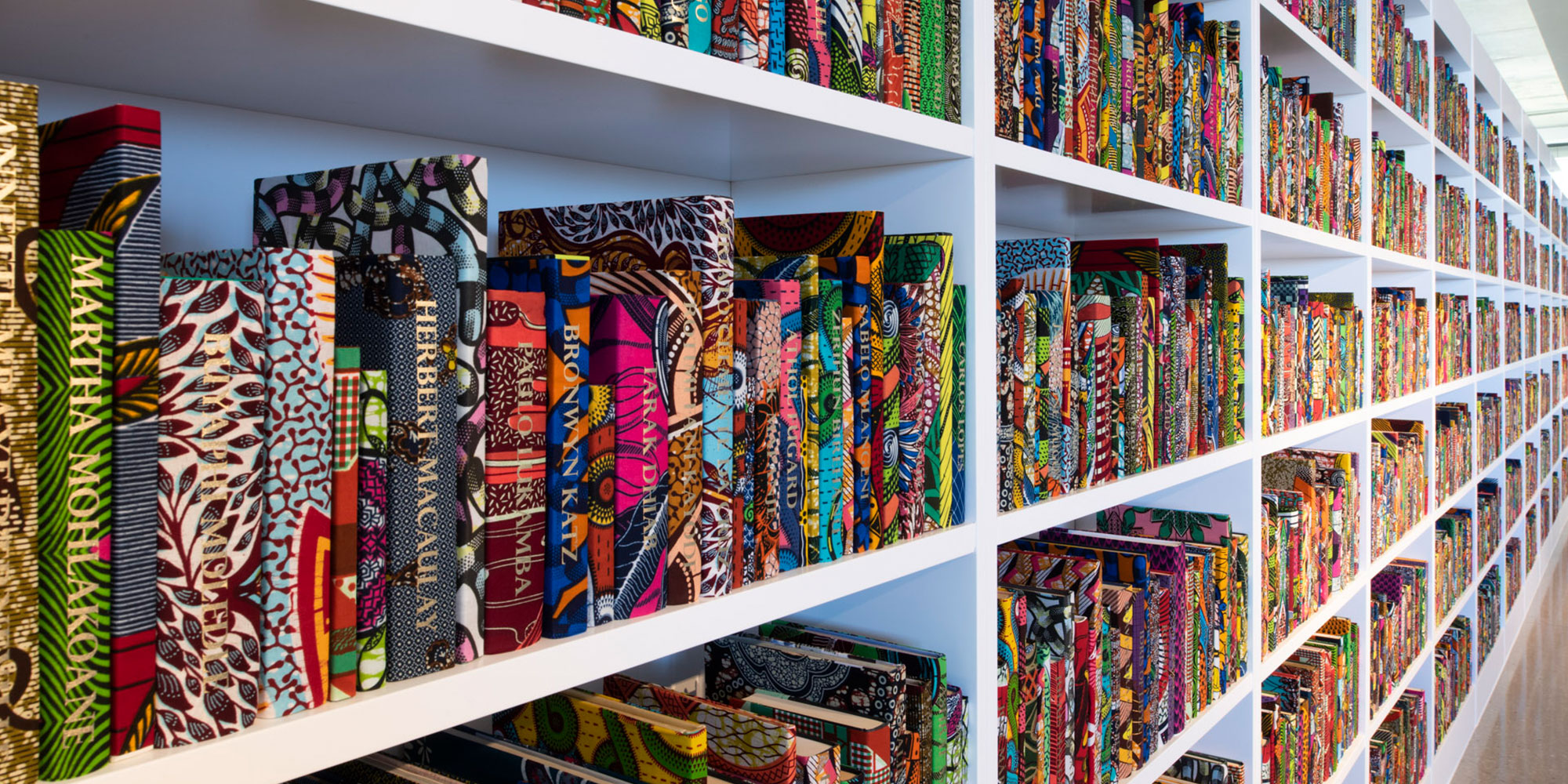 Each of Shonibare’s five photographs relate to a specific continent, acting as personifications of these land masses. Sleep of Reason Produces Monsters (Asia) for example features a figure of African descent who is attired in Dutch Wax fabric. Shonibare reminds us that within the context of globalisation, peoples and cultures move across the world, influencing and shaping one another – unsettling simplistic understandings of identity, place and culture.

The two figurative sculptures included in this exhibition, Boy Balancing Knowledge II (2016) and Butterfly Kid (Girl) IV (2017), while playful, nonetheless suggest significant subjects for the next generation: escape from an environmentally compromised planet, and the weight and precariousness of our systems of knowledge. 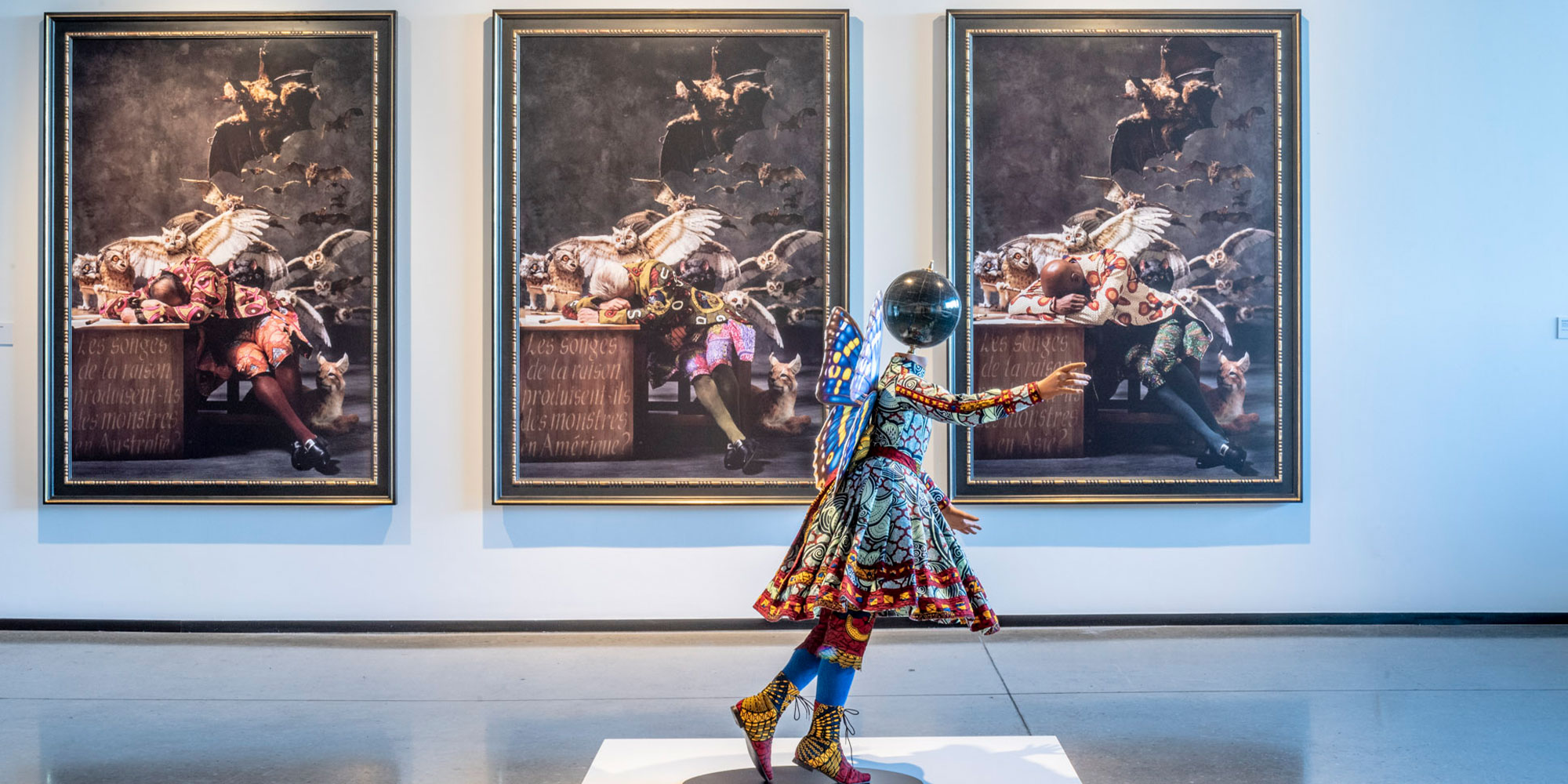