Taking the temperature of transformation in South Africa 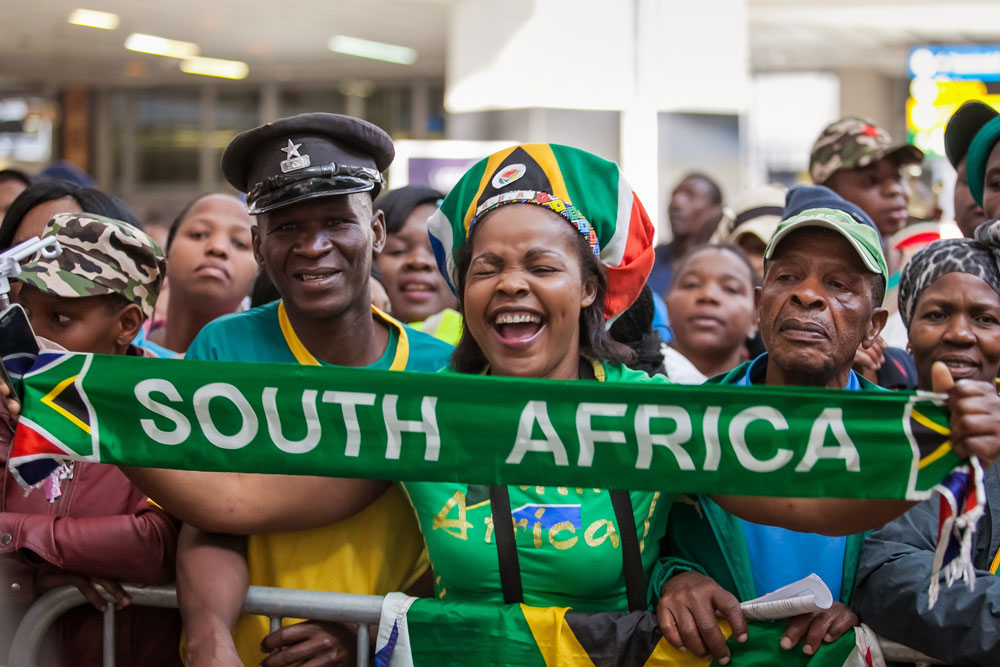 The South African economy expanded 1.1% year-on-year in the fourth quarter of 2018, after an upwardly revised 1.3% growth in the prior period while markets had expected it to advance 0.6%. Slower growth was seen in internal trade, utilities and public administration while the agricultural sector shrank. In 2018, the GDP advanced 0.8%, below an upwardly revised 1.4% in 2017. GDP Annual Growth Rate in South Africa averaged 2.76% from 1994 until 2018, reaching an all time high of 7.10% in the fourth quarter of 2006 and a record low of -2.60% in the second quarter of 2009. – Trading Economics

The summary below shows the total worth of each industry as well as its overall contribution to the total economic value of South Africa for 2018. It is ranked from biggest to smallest.

The Mineral and Petroleum Resources Development Act (MPRDA) requires the Minister of Mineral Resources and Energy to set socio-economic targets through the Mining Charter.

The African Farmers’ Association of South Africa (AFASA) has been at the forefront of pushing for the transformation of the agriculture sector as part and parcel of the broader agrarian reform government policies promote.

AFASA‘s second Agribusiness Transformation Conference, which took place in 2018 and focused on value chain integration and farming as part of the Fourth Industrial Revolution, succeeded in promoting smart partnerships between investors and landowners and amongst farmers themselves.

In 2008 the AgriBEE Transformation Charter was gazetted and in 2017 the Amended AgriBEE Sector Code was published.

The objectives of this Amended AgriBEE Sector Code are to facilitate B-BBEE in the sector by implementing initiatives to include black South Africans at all levels of agricultural activity and enterprises by:

• Increasing the extent to which communities, workers, cooperatives and other collective enterprises own and manage existing and new agricultural enterprises, increasing their access to economic activities, infrastructure and skills training.

The manufacturing sector accounts for 13% of GDP (global average is 18%) and approximately a third of this contribution comes from the automotive sub-sector – which as a whole contributes in the region of 7% to GDP. Automotive manufacturing takes place in three provinces: Gauteng (Nissan-Renault, BMW and Ford); KwaZulu-Natal (Toyota, Bell Equipment); and the Eastern Cape (Volkswagen, Mercedes-Benz, General Motors and Ford engines).

Support and incentives from the state for the automotive industry include the Automotive Production and Development Plan (APDP) and the associated Automotive Incentive Scheme (AIS). This policy support has resulted in sustained investor confidence.

The South African Automotive Master plan (SAAM) is a roadmap to 2035 with targets that include expanded vehicle production, doubling employment, an increase in local content to 60%, and an increase in the contribution of black-owned suppliers.

Traditionally Africa’s greatest wealth has been seen to be its natural resources and primary sector extraction, relying on other developed economies for secondary beneficiation and imports. Now we stand on the brink of a major disruption to this paradigm. Digitisation will transform the continent’s economy into one that is exports-based.

Data, connected infrastructure and industrial ecosystems will together create the perfect storm for Africa to manufacture smart factories of the future.

According to a Frost & Sullivan White Paper by the Manufacturing Leadership Council, the manufacturing industry will look completely different in the next 10 to 15 years as industries become high-tech engines of mass customisation.

“Highly automated and information-intensive, the factory of tomorrow will look like an integrated hardware and software system, fuelled by vast quantities of information from every corner of the enterprise and beyond, moderated by analytical systems that can identify and extract insights and opportunities from that information, and comprise of intelligent machines that learn, act and work alongside highly skilled human beings.” – Frost & Sullivan White Paper

Skills development and vocational training has been key to job creation and reduction of poverty.

• Create space for the new entrants to the labour market to gain work experience, introduce transformative tools through training and education to redress unfair discrimination practices in the labour market.

Furthering the national skills development and training imperative, DHET presented the National Skills Development Plan to the portfolio committee on higher education and training in August 2018. The nine principles of the Plan were outlined as follows:

1. Locating the NSDP within an integrated post-school system

2. Contributing to the country’s socio-economic objectives

3. Advancing an equitable and integrated system

5. Focus on support system for learners and employers

Since 1994 financial services have seen strong growth and investors cite this sector as one of the key motivations for investing in our economy. In the South African context, access to finance
and financial services are key to achieving economic and social transformation.

Structure of the South African finance sector arranged according to value of assets: