The B-BBEE Commission: Making sure transformation is meaningful 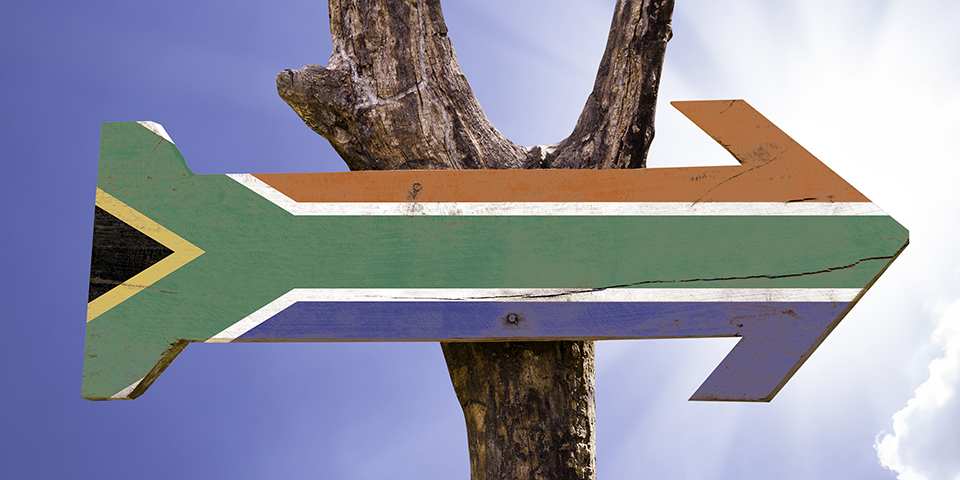 The B-BBEE Commission opened its doors in April 2016 – Acting Commissioner Zodwa Ntuli speaks about the state of transformation in South Africa.

Please give an overview of the nature of the complaints received thus far. Do they, in your view, give a composite picture of the current problems facing the country in terms of transformation?

It is important to note that though we opened doors to the public, we could only deal with complaints received in terms of section 13F (1) (c) of the B-BBEE Act as of 6 June 2016. The reason being that the B-BBEE Regulations providing guidance on processes and procedures were gazetted on 6 June 2016.

The complaints received paint a very sad picture of how some entities make a mockery of B-BBEE. This is especially so where employees are taken for a ride and used to present a picture of empowerment when in fact there is none. This is not to say there are no good initiatives, but the bad ones seem to dominate.

Most of the complaints received are about fronting, which is defined as any act, conduct, arrangement or undertaking that directly or indirectly undermine the achievement of B-BBEE objectives.

The number and nature of complaints clearly contradict the B-BBEE certificates currently circulating in the market. When one looks at the points achieved and B-BBEE status levels reflected on these certificates, it paints a good picture, whilst the complaints tell a different story of an untransformed economy. So, what we see on certificates may not be a true reflection of the transformation status.

What impact do you foresee the new codes having on business in South Africa today?

The new codes alone will not facilitate the acceleration of economic transformation, but present a framework for entities to integrate empowerment and make it an integral and sustainable part of their strategy.

There are structural processes that must be instilled in both the public and private sector. Every entity that is required to implement the B-BBEE codes irrespective of whether it falls within private or public sector, must develop a B-BBEE strategy, in this way, B-BBEE will be regarded as part of the institutional culture and not mere compliance.

In so doing, entities will place less reliance on B-BBEE consultants, who may not provide advice that seeks to advance the objectives of B-BBEE. Entities that have a proper strategy and plan on real empowerment are likely to have the desired impact on the economy, not the quick fix approach that often seeks to circumvent the Act.

Furthermore, government itself needs to take B-BBEE seriously and strengthen its due diligence to be able to test the authenticity of the B-BBEE certificates prior to awarding any benefit to the applying entity.

Even after awarding the benefit, for instance a licence, government must monitor that the entity’s B-BBEE credentials are not only maintained but continually improved to maximise the impact.

Based on the complaints we are busy with, black partners seem important at bidding stage and are dropped with no benefit after the award.

Please detail what some of the sector charters aim to achieve, and by when

Sector codes are a special dispensation provided to address sectoral peculiarities and differences that could not be accommodated by the generic codes.

Sector codes should drive transformation, and not to be used as an avenue for circumvention or to drop the standards. They must not allow for points to be awarded for normal course activities of entities.

One of the key principles for the development of sector codes is that there should be higher obligations for transformation, and to a degree some of them have managed to do that, even though it’s not throughout all the elements of the scorecard. Others have maintained the same targets as the generic codes.

Where the sector codes are not consistent with the generic codes, we will raise an objection with the Minister as part of fulfilling our mandate to safeguard the objectives of B-BBEE in the interest of the public.

We are concerned that others may be using sector codes to neutralise the requirements as opposed to enhancing the transformation agenda that flows from the Act. If there is no significant enhancement of B-BBEE, we believe the sector code should not be approved as it unnecessarily creates a separate regulatory framework that merely increases the costs of compliance for entities.

You are currently acting commissioner; please unpack how you see the composition of the commission going forward and the resources required to perform your mad ate

As a new entity, we operate on initial resources allocated by the Department of Trade and Industry, which is not adequate, but as the institution grows, the resources will match the volume of the work.

We have assessed our mandate as per the B-BBEE Act and divided our work into five main divisions, namely compliance, investigations and enforcement, research, analysis and reporting, relationship building and stakeholder relations and administration.

Over and above investigation services, we drive a compliance strategy to ensure that B-BBEE is implemented properly. In so doing, we offer advisory services and clarifications. We have since issued an Explanatory Note on the procedure for non- binding opinion based on a set of facts within 30 days. Written clarification is based on general interpretation or application of B-BBEE, and is issued within 5 days.

Also from time to time the B-BBEE Commission, guided by the frequency on matters raised by the public, will issue Practice Guides. The first Practice Guide on the recognition of third party procurement was issued in July 2016, and a second one on the treatment of Exempted Micro Enterprises (EMEs) and black-owned and controlled Qualifying Small Enterprises (QSEs) was issued in August 2016.

How endemic is fronting in South Africa? How does the Commission intend dealing with it?

Fronting is a real challenge and it is one of the reasons why the B-BBEE Act was amended to establish the B-BBEE Commission so as to monitor and enforce the penalties in the Act where there is violation of B-BBEE.

Regulations 15 of the B-BBEE Regulations outlines the full investigation process that must be followed in addressing fronting complaints. Further, the B-BBEE Act has pronounced the Magistrate Courts as the court of law to enforce the penalties prescribed in the B-BBEE Act, which includes a fine of up to 10% of entity turnover and/ or as may be determined by court for natural persons; imprisonment of natural persons for up to 10 years for involvement and up to 12 months for other offences.

It is important to note that the Act has also empowered organs of state and public entities to cancel contracts or awards, as well as ensure inclusion in Tender Defaulters’ Register of National Treasury, where such persons will be excluded from doing business with government for up to 10 years.

In addition, the B-BBEE Commission will, amongst others, partner with other regulatory and enforcement institutions whose mandate has a bearing on the work of the Commission.

Therefore, dealing with fronting is not only the responsibility of the B-BBEE Commission, but of everyone in this country, including the private sector. We can start by structuring real and proper B-BBEE initiatives, and making sure that the economic benefit flows to black people so as to create value, and nourish new black-owned enterprises. This will be a big step in preventing fronting.

Fronting practices must be reported so we can deal with them in terms of the Act. This means, for instance, employees that are made shareholders on paper only, must blow the whistle.

Are the requirements the same for multinationals as they are for local industries?

All entities operating in the South African economy are required to make a contribution towards the objectives of B-BBEE through compliance with the codes or sector codes where applicable. However, it is noted that there may be multinational corporations that have global practices preventing them from complying with the ownership element of the codes through the traditional sale of shares to black people. In this instance, the codes provide for an Equity Equivalent Investment Programme (EEIP), and its contributions count towards the ownership element of B-BBEE.

The value of these EEIP contributions may be measured against 25% of the value of the multinational’s South African operations or may be measured against 4% of the total revenue from its South African operations annually over the period of continued measurement for a period not exceeding 10 years. Such contributions count towards the ownership element of B-BBEE made by a multinational, which means that the multinational corporation will have to comply with remaining four elements and be verified accordingly.

To date the following multinational corporations were granted approval to participate on the EEIP, though in some instances their EEIP status has expired: Hewlett Packard, Microsoft SA, Turner & Townsend Liebherr, Hansen Transmission SA, IBM SA and DELL SA.

In your opinion, have the 2013 amendments to the B-BBEE Act of 2003 closed all loopholes? Please expand

It may be premature at this stage to test the full impact of the amendments effected into the B-BBEE Act. In reality the 2013 amendments only came into effect on 24 October 2015, and the Commission started operation as of April 2016.

Nonetheless, we have commissioned two research studies to determine the state of transformation in light of the legislative amendments and analysis of trends in relation to B-BBEE implementation. The outcomes of these studies will be made public in due course.

The Act is not a panacea to economic transformation. It is part of a package of solutions that includes providing access to funding, facilitating access to markets and facilitating investments in black-owned enterprises. This must include a change of mindset and culture within private and public entities in implementation of B-BBBEE.

Is there a concerted effort to inform the public and business at large about processes, thresholds, criteria and the penalties associated with non-compliance?

Yes, there is a concerted effort to inform the public about B-BBEE. The B-BBEE Act mandates the B-BBEE Commission to promote public awareness on matters relating to B-BBEEE.

This mandate is fulfilled in various ways, namely through B-BBEE advocacy campaigns, and between the first and second quarter for the 2016/17 financial year, we have managed to participate in over 20 public engagements, as well as through radio and TV interviews. Secondly, we disseminate information on critical aspects of transformation and some of our observations relating to B-BBEE implementation through the quarterly newsletter. The first edition was issued in October 2016. We have developed a website where stakeholders can access information on B-BBEE, www.bbbeecommission.co.za.

Furthermore, the Commission engages business on a daily basis. Entities are welcome to meet with us on any aspect of the Act, or in relation to initiatives or deals that they are planning, and we provide advice.

How do you envisage the new codes will contribute to the 9 Point Growth Plan?