The South African NASA named a planet after 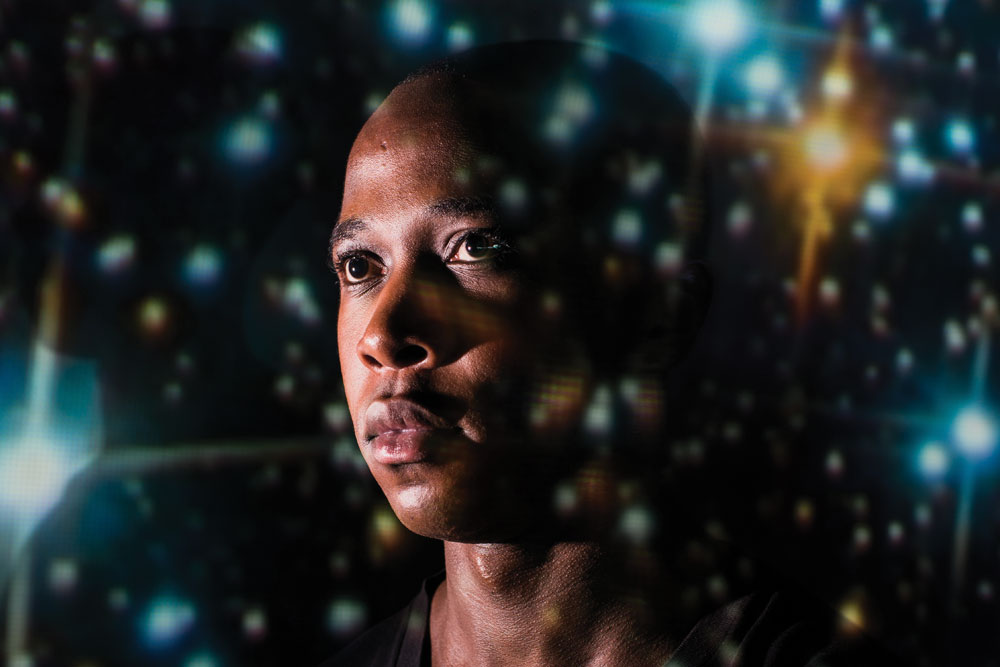 Move over Elon Musk and Mark Shuttleworth, South Africa’s exclusive circle of science and technology innovators just got bigger. Rocket scientist rockstar and Harvard graduate Siyabulela Xuza (29) boasts a remarkable list of achievements and even has a planet named after him. He returns home to address Africa’s energy needs.

Siyabulela Xuza is a name worth knowing. It’s not just his accomplishments, but also the story behind it that make him significant. But what makes Siya’s story worth telling is that, at the end of the day, he’s just a young man from a rural township in the Eastern Cape.

His story began in 1994 when at the age of five, he witnessed an airplane flying over his hometown of Northcrest in Mthata, dropping pamphlets during the country’s first democratic elections. “I remember watching the airplane fly over and it sparked a deep curiosity within me. How does it work? What propelled this plane across the sky?”

Naturally, Siya wanted to develop his own airplanes. “I believe that in Africa you need to invent your own future instead of waiting for the world to invent it for you,” he said. He immersed himself in the science, and from an early age, he started developing his own rockets and fuel, using his mother’s kitchen as his personal laboratory.

As Siya’s curiosity grew, new horizons opened up before him. After several failed attempts and more than six months of building his own rockets, Siya eventually found the winning recipe. His science project won gold at the National Science Expo, and he was eventually awarded with the prestigious Dr Derek Gray Memorial prize for the most innovative project in South Africa.

Later, he entered into the Intel International Science and Engineering Fair in the US, competing against 1 500 other students from 54 countries across the world. He won gold and this achievement saw the NASA-affiliated Lincoln Laboratory name a minor planet after him, known as 23182 Siyaxuza, located in the main asteroid belt near Jupiter.

His achievement at the Intel International Fair landed him a scholarship at Harvard University. There he combined an engineering degree and liberal arts, and began conducting research into making cheaper solar cells and the viability of solar technologies.

His homemade inventions for safer, cleaner rocket fuel has won him prestigious awards all over the world, as well as the recognition of former US First Lady, Michelle Obama. Today, he’s the youngest member of the African Union’s energy advisory panel, Africa 2.0, and he’s recently made a breakthrough in nanotechnology energy solution that will change the global mobile market forever.

Now, after several years in the US, working at the Harvard Centre for Nanoscale Systems and the Massachusetts Institute of Technology’s Microsystems Technology Laboratory, Siya has returned home to put the power back in the hands of Africans (literally!).

Siya is the founder and managing director of Galactic Energy Ventures, a company that is developing the next generation of advanced energy storage technologies. Siya’s journey from poverty to stardom is a remarkable one. His desire to make a difference says a lot about the spirit of the man.

From humble beginnings to international fame, Siya’s success can be attributed to the fact that he never let race or class define the person he is. He never gave up or gave in. He simply went out there and did it.

THE RISING STAR OF SIYA

We caught up with Siya to get his thoughts on Africa’s energy needs.

“I HAD THE PRIVILEGE OF REPRESENTING SOUTH AFRICA at the Intel International Science and Engineering Fair in the US along with 1 500 other students from 54 countries. When I was there, someone asked me: ‘Who do you think you are, as a South African, to come to the US and talk about global innovation?’ With all due respect, it’s like Bafana Bafana going to Brazil to talk about football (laughs). I proceeded to win two grand awards for my alternative rocket fuel project – and more importantly, a scholarship to Harvard University. This achievement showed that South Africans, whether you’re black, white, male or female, are equally capable of global innovation and excellence.

“I USE MY OWN STORY AS A CASE STUDY TO INSPIRE HOPE and confidence. When our youth are given the opportunity, the possibilities are endless. There’s reason to be optimistic. My talk at the Energy Indaba addressed two pressing points: Firstly, how can youth shape the future of energy through transformation and innovation? Secondly, how do we create an enabling environment to harness the collective potential of the youth towards the energy sector?

“DURING MY TIME AT HARVARD, I FAILED TO ASK MYSELF A CRUCIAL QUESTION: How can I use the resources from my world-class education to improve access to energy in Africa? More than 620 million people don’t have access to energy on the continent, and providing access can help alleviate poverty. As a kid from rural South Africa, I could relate to this. I became passionate about using fuel cells to create distributed power generation. In other words, power that’s not dependent on the grid. But why fuel cells? Because it’s an important platform to push industrialisation. After four years of intense research, we developed one of the world’s most scalable micro-fuel cell membranes to improve the price of fuel cells for power generation. We published that research in 2013.

“AFTER GRADUATION, I WAS FACED WITH A TOUGH DECISION: Do I stay in the US and become the next Elon Musk, or do I go back home? The Obama administration offered me citizenship and funding, encouraging me to stay and continue my research in the US. But my decision to return home was a conscious one. Reflecting back on South Africa in 1994, many people considered it a country on the brink of civil war. But despite our challenges, people united at the first democratic elections and showed the world that we can overcome adversity. I witnessed the rapid growth of our economy and identified the immense potential of not just South Africa, but the ‘Africa Rising’ narrative too. More than 600 million Africans are between the ages of 18 and 35 and the continent is urbanising faster than any other region in the world. I put my hand up and said: ‘I want to be a part of that story’.

“YOUNG PEOPLE HAVE A VERY IMPORTANT ROLE TO PLAY IN SHAPING THE FUTURE OF ENERGY. I believe that every single young person is born from a spirit of innovation. I was fortunate enough to be given the opportunity and my talents were harnessed. But how do we create an enabling environment to allow other young people to thrive in the energy sector? When we talk about transformation, it’s not merely about fulfilling quotas. It’s about creating an environment where young people can dream and emancipate not only themselves, but their families too. It’s important to shift our perspective because when we see transformation in that way, we’ll recognise that it’s in everyone’s interest.

“AS AN ENTREPRENEUR, I’VE EXPERIENCED THE FRUSTRATION OF SECURING CAPITAL. It’s important to discuss the issue of funding. Banks have told me: ‘You’re too risky for us.’ But I don’t believe the problem is necessarily a lack of funding. The real question is: How do we coordinate the funding mechanism that’s available in government and how do we package the funding in order to push the energy agenda?

“IN THE CONTEXT OF POLICY CERTAINTY, it is vital for us to bridge the trust between government and the private sector. The media has a very important role to play in this. In my opinion, I would recommend that the then Minister of Energy take a closer look at energy storage. We need to establish a thorough framework to define what batteries and fuel cells are, and not necessarily speak about it as generators, but as net consumers. Allowing us to do that will really help us unlock the potential of the market.

“BUSINESSES AND CAPTAINS OF INDUSTRY NEED TO CREATE MENTORSHIP OPPORTUNITIES for young people instead of considering them as threats. If you’re a big entity or company, the best insurance you can buy is not by killing off the competition, but rather by purchasing a 25% stake in a company that could be the next Tesla.

“A UNIFIED VOICE IS REQUIRED, particularly when it comes to energy. We all need to unite and genuinely have the country’s best interest at heart. Energy is not just about generation, it’s also an enabler of growth. Energy can be used to capitalise on regional integration of pan-African development to address our most pertinent problems like industrialisation, inequality and lack of transformation.

“THE TIME TO ACT IS NOW. But the emancipation of youth in the energy sector is also part and parcel with the emancipation of women in the energy sector. Because we are not truly free unless all women are given equal opportunities. All of us have an important role to play. Because if not us, then who? If not here, then where? And if not now, then when?”