Magma Incorporated Attorneys is a prestigious, talented and versatile law firm situated at the heart of Sandton, Africa’s economic hub.

This top law firm is a 100% Black owned and run with a certified BBB-EE level 1 status. Although Magma Inc. Attorneys has recently been incorporated, it traces its roots and 15 years’ history back to June 2000 when it was formed, then as Magale Masemola Attorneys.

The firm has a rich and solid history of providing its diverse portfolio of clients with value for money, diversified legal services and we do so in a manner that meets or exceeds their expectations.

Our diverse range of legal, finance and other expertise pave a way for formidable partnerships with top South Africa’s corporate brands and government agencies across the whole spectrum of their legal needs and requirements.

We are a member of the ICFP (Institute of Commercial Forensic Practitioners).

We benchmark ourselves against the very results that our clients expect from us. 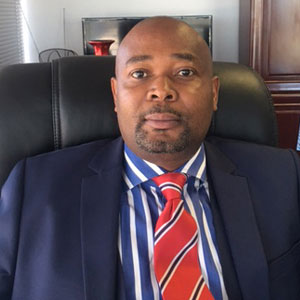 Magale Masemola holds B.Proc as well as LLB (Hons) degrees from University of Natal( Durban Campus) which he obtained in 1997 and 1998 respectively.  His LLB degree, which he completed in one year, was funded by Deneys Reitz attorneys, a prominent law firm which has since merged with Norton Rose Fulbright.

He further holds a certificate in military law, obtained from Tshwane college for military in 2002, after which he served as a defense counsel for the South African National  Defence Force while still maintaining his private practice. He further attended school for legal practice, offered by the Law Society of South Africa, which enabled him to serve only one year of articles. Masemola was duly admitted as an attorney in May 2000.

Masemola has, in his illustrious career, acted for plethora of high profile clients both in the public and private sectors, including;

• The Northwest Department of Finance where he conducted workshops to lecture staff on various legislations that impact on domestic violance, abuse and the likes, which he co hosted with Professor LP Direko from University of North west, Mafikeng campus

• department of higher education in conjunction with Center for Higher Education Transformation, a opinion on the possible launch of the student federation in South African Universities

• Freedom of expression Institute, a legal opinion on the matter against Arcelor Mittal regarding water and air pollution in Van der Bijlpark

• Drafted the constitution of the Drivers Operators and Allied Workers Union

• Department of science and technology, to draft a Science and Technology Bill

• Legal opinion to Council of Tshwane University of Technology

Masemola also served and continue to serve on some of the following professional bodies.

• Chairperson of the commission of enquiry into the doctoral  qualification of Professor Johny Molefe, then acting Vice Chancellor of Tshwane University of Technology

• Chairperson, Disciplinary Committee and investigations at the Department of Rural Development and Land Reform

• One of the top South African law firms

• Well resourced in terms of staff compliment, books and law reports and statutes that ensure we are able to render a good quality service within a short space of time without compromising quality,

• Our ability to research a subject matter forms the basis for our success as we know exactly where to find information within a short space of time thus narrowing the time spend on collecting information, saving unnecessary legal fees.