The National Energy Regulator (NERSA) makes a valuable contribution to the socio-economic development and prosperity of the people of South Africa by regulating the energy industry in accordance with government laws, policies, standards and international best practices in support of sustainable development.

NERSA’s mandate is further derived from written government policies, as well as regulations issued by the Minister of Energy. NERSA is expected to perform the necessary regulatory actions in anticipation of and/or in response to the changing circumstances in the energy industry.

The Minister of Energy appoints members of the Energy Regulator, comprising part-time (non-executive) and full-time (executive) regulator members, including the chief executive officer (CEO). The Energy Regulator is supported by staff under the direction of the CEO. 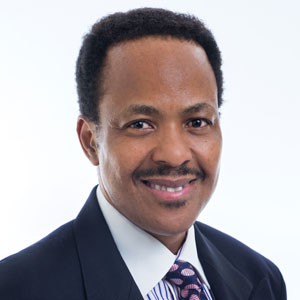 To be a recognised world-class leader in energy regulation.

To regulate the energy industry in accordance with government laws and policies, standards and international best practices in support of sustainable and orderly development.

In regulating the three industries, NERSA must adhere to sound principles and approaches to be able to deliver on its mandate and achieve its objectives.

• Neutrality: The Energy Regulator should be neutral to all market players without favouring one or other group (non-discrimination).

• Consistency and Predictability: Decisions must be consistent and should have a reasonable degree of predictability based on previous rulings in similar cases

• Independence: The independence of the Energy Regulator from the regulated companies is a prerequisite for any sound regulatory system. Independence from political influence is also desirable to ensure long-term stability of regulatory practices. Avoidance of regulatory capture by some customer groups is also necessary for successful regulation.

• Accountability: The Energy Regulator should be accountable for its actions and decisions. Independence must not be confused with the lack of accountability.

• Efficiency: The Energy Regulator should make the best use of resources to further the regulatory objectives by exercising objectivity and commitment to evidence-based strategies for improvement.

• Public Interest: The Energy Regulator should endeavour to take decisions in the interest of the public as far as possible

NERSA’s Mandate is anchored in:

Foundational:
•    Constitution of the Republic of South Africa, 1996.

Other:
•    All other applicable laws of the Republic.

The mandate of NERSA, as contained in relevant legislation, is summarised as follows:
•    Issuing of licences and setting pertinent conditions;
•    Setting and/or approving  tariffs and prices;
•    Monitoring and enforcing compliance with licence conditions;
•    Dispute resolution including mediation, arbitration and the handling of complaints;
•    Gathering, storing and disseminating industry information;
•    Setting of rules, guidelines and codes for the regulation of the three industries;
•    Determination of conditions of supply and applicable standards; and
•    Registration of import and production activities.

In order to achieve its outcome oriented goals NERSA will deliver on its strategic objectives through the following structured programmes:
• Setting and/or approving tariffs and prices;
• Licensing and registration;
• Compliance monitoring and enforcement;
• Dispute resolution including mediation, arbitration and the handling of complaints;
• Setting of rules, guidelines and codes for the regulation of the three industries; and
• Establishing NERSA as an efficient and effective regulator.